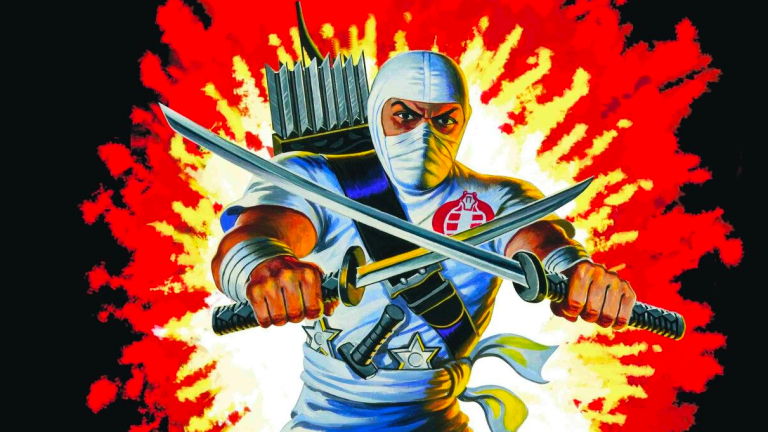 Storm shadow is one of the most known and loved figures in the GI Joe universe. Let's take a look at his origins, and the different versions of the figure.

Storm Shadow's real name is Thomas S. Arashikage. He comes from a long line of assassins, and served in the US Army special operations group.

He became the "Young Master" in the Arashikage ninja clan, led by his uncles. One night, his uncle was killed, and Storm Shadow was wrongfully accused of the murder. He joined the Cobra Organization trying to learn who has killed his uncle.

He climbed in the organization, and became Cobra Commander's main bodyguard. He eventually found the identity of the real killer; Zartan.

Storm shadow came in many different versions. These are the most notable:

Storm shadow was not a part of the original figures, but he was first released in 1984. The figure got widely popular.

His figure was equiped with a black quiver-backpack, black wakizashi knife, black katana swords, black bow and small black nunchucks. He is wearing a white face mask and has the Cobra insignia on his chest.

This figure is one of the most popular and the price for a really good figure with all accessories is in the high end. His paint is infamous for wearing off, leaving a yellowing look. Versions with bad paint can be found more affordable.

Many consider this figure a "must have" in their collection.

Do you own this figure? Add it to your collection!

In the comics he had joined GI Joe, so the cobra logo is gone. He however has a sweet Arashikage tattoo on his front arm.

This version of the figure was equiped with a red sword and backpack, a black bow and a black claw.

Many remember this figure, as it was certainly one of the coolest one around. Despite this, the version 2 is fairly more affordable than the first version, even one in really good condition with all accessories. It is still a small step up from more common figures, though.

He since had several versions, but these two are considered the most desireable.

Do you own this figure? Add it to your collection!